‘Vaccines are not just for kids. That’s the clear message from Italian health authorities who have just published a new immunisation schedule. It is an approach that Italy first embraced in 2014 when it added influenza vaccines for over 65s to its list of recommendations.’

Vaccines are not just for kids. That’s the clear message from Italian health authorities who have just published a new immunisation schedule. 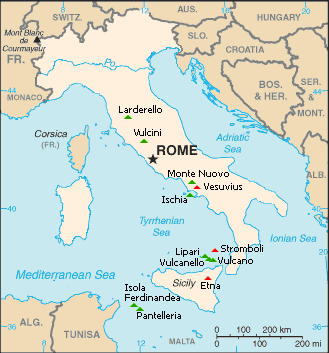 It is an approach that Italy first embraced in 2014 when it added influenza vaccines for over 65s to its list of recommendations.

Now it has gone further by embracing the ‘Calendar for Life’ approach previously endorsed by the Italian government when it held the rotating EU Presidency in 2014.

The new schedule has not been without controversy. It seeks not only to expand vaccine coverage but to harmonise regional vaccine calendars into a single National Vaccine Calendar.

It also includes some mandatory vaccines for children attending public schools and proposes penalties for healthcare professionals working in the public sector who promote anti-vaccine views. The latter caused concern among medical unions but advocates of the plan say health workers should support the scientifically-endorsed calendar or face sanction from their professional societies.

Stronger vaccine campaigns and the establishment of a national database – instead of several regional registries – are also promised.

Overcoming Italy’s long-standing fragmented system of having multiple regional vaccine schedules would be considered a major achievement if implemented in full. The 21 regional authorities signed off on the plan at the end of 2015, clearing the way for the new policy to be introduced.

Also sparking some debate was the increased costs: the new plan would increase spending on vaccines from €320 million to around €580 million. Proponents of the plan note that reducing illnesses and hospitalisation in the elderly from diseases such as flu and pneumonia would bring significant savings and, in the context of the €28 billion spent on medicines, the vaccine budget remains relatively modest.

“We are introducing vaccines that have been shown to be important and cost-effective for Italian society,” says Paolo Bonanni, Professor of Hygiene and Epidemiology at the University of Florence. “The fact that we are proposing a life-long calendar is new for Italy – and could be of interest to other European countries.

Perhaps the biggest challenge that lies ahead is finding the manpower to deliver the jabs. Like many cash-strapped EU governments, Italy implemented a hiring freeze in the national health service – with posts vacated by retiring doctors left unfilled. This was among the concerns expressed by regional authorities who will have to deliver the new policy: there are fewer doctors but they face rising demand for services.

Despite these potential challenges, Italy looks set to move ahead with a modernised and streamlined vaccine calendar. Provided its implementation is reasonably smooth it could prove to be a template for others – a lesson in how to bring the benefits of vaccines to people of all ages, as well as a case study in ironing out regional differences between vaccine calendars.

The shift towards life-course immunisation was driven in large part by health professionals and civil society groups.

“In Italy, some years ago we began speaking about adult immunisation and our scientific societies agreed to promote vaccination programmes in the elderly,” says Professor Carlo Signorelli of the SITI.

Non-governmental organisations have also played their part. The Happy Ageing Alliance was founded in 2014 to promote policies and initiatives aimed at protecting the health and wellness of older people in Italy. It is a collaborative effort between seven organisations ranging from health professionals to trade unions.

“Happy Ageing has advocated the adoption of a ‘life-course immunisation schedule’ as part of the basic package of health services guaranteed to all citizens,” according to Dr Anna Odone, University of Parma, Italy.

The organisation has been calling for pneumococcal vaccination for all people over the age of 65 and is urging the Italian authorities to lower the age at which flu vaccination is recommended from 65 to 60.

Happy Ageing also campaigns to promote physical activity and healthy eating as part of a holistic approach to ageing well.