Emergency in Samoa: 76 deaths a stark warning to Europe

A state of emergency has been declared in the Pacific Island of Samoa leading to school closures and a ban on public gatherings. Parents are being told to urgently vaccinate children as more than 5,000 cases have been reported.

The resurgence of measles is a global phenomenon, affecting countries where vaccine uptake has dipped. While most people are vaccinated against the virus, measles is highly infectious and two doses of the vaccine for 95% of the population are required to stop its spread.

In Samoa, vaccination rates among children under five fell to 31% in 2018, opening the door to a rapid and severe outbreak of measles. Most deaths have been in children but rising number of cases have also been reported in young adults.

The death rate in Samoa is far higher than would ordinarily be expected. Between one and two people per thousand infected individuals dies of measles. However, in Samoa, 76 people have died and 5,400 cases have been reported.

The outbreak has sparked concern in the region which has faced outbreaks in several countries including New Zealand, Fiji and Tonga.

Samoan officials and the WHO have pointed to a steep decline in immunisation uptake after the deaths of two children were incorrectly linked to vaccination. Prior to that, coverage had been 84%.

The two children in question died due to human error rather than as a result of vaccination. Nurses had mixed the vaccine with the wrong dilutant – instead of water, they used an expired muscle relaxant. Two nurses pleaded guilty to negligence and were convicted of manslaughter in June 2019.

However, before the cause of the deaths had been established, the government suspended the immunisation programme temporarily and public confidence in vaccination was deeply damaged. Despite the guilty plea by the nurses, anti-vaccine campaigners continue to claim that tragic deaths were the result of vaccination rather than negligence.

Some anti-vaccine activists and others have sought to capitalise on the outbreak. US-based campaigners have teamed up with a Samoa-based entrepreneur to ship vitamin A to the measles-stricken country. They claim that the vitamin, rather than measles vaccination, is the best way to reduce the death toll.

Others are selling Kangen water, an alkaline water processed through an expensive machine and sold by alternative healers and local entrepreneurs. Some advocates of Kangen water claim it has beneficial effects for everything from cancer and diabetes to cardiovascular disease and measles.

Meanwhile, several European continue to deal with outbreaks and 11 deaths were reported to the European Centre for Disease Prevention and Control (ECDC) over the past 12 months. These fatalities occurred in Romania (5), France (3), Hungary (1), Italy (1) and the United Kingdom (1).

The latest data published in November includes data up to September 2019. It shows cases affecting people of all ages, with adolescents and adults accounting for more than half of those affected. 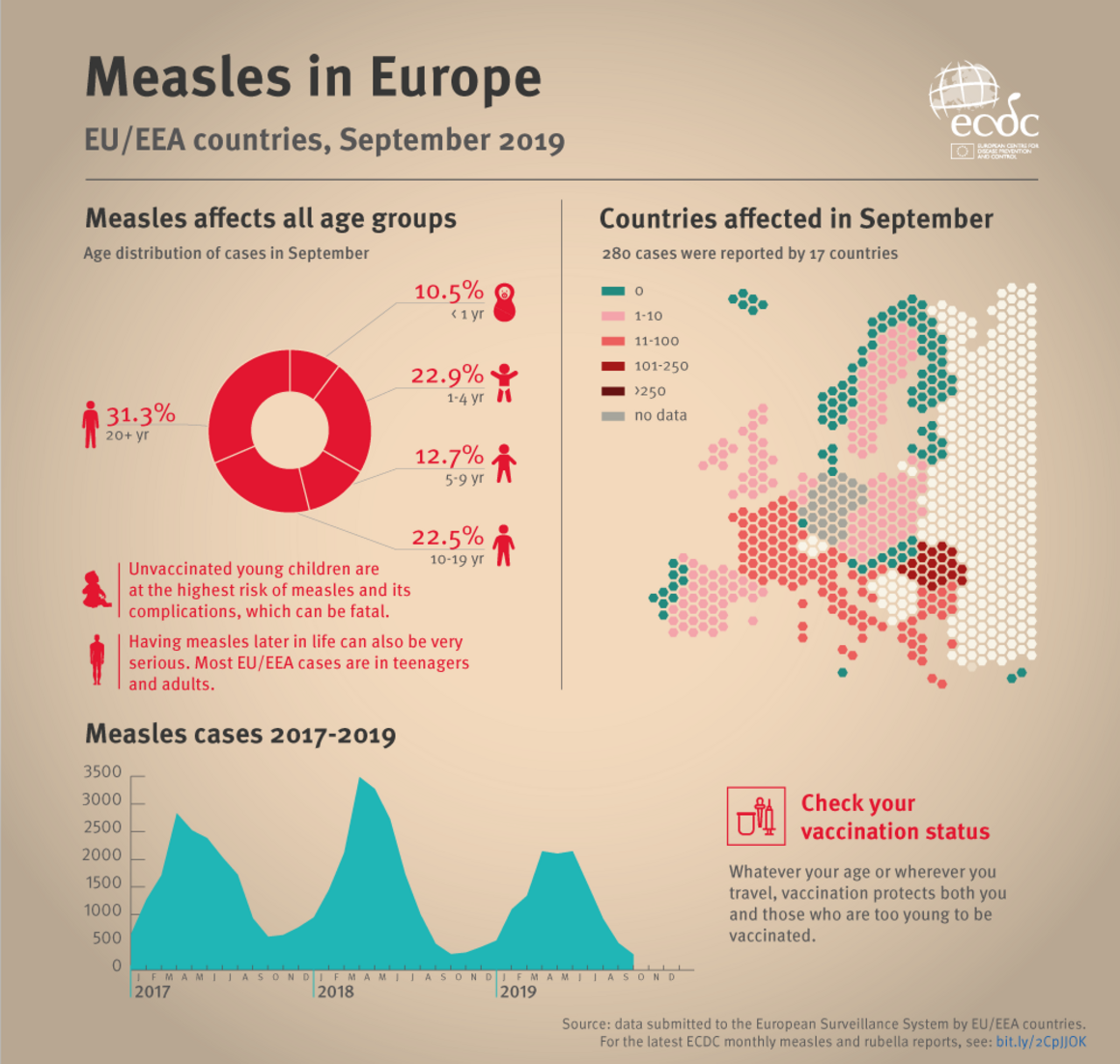 Unvaccinated children are at the highest risk of serious complications, including death. More than 10% of measles cases in European countries were recorded in babies aged less than one year – too young to have their measles vaccine.

The severe outbreak in Samoa, and ongoing outbreaks in European countries, highlight the need to ensure that at least 95% of people in all communities have had two doses of the measles vaccine. Not only does this protect individuals, it also offers herd immunity to those who are too young or too sick to be vaccinated.

Watch: What is herd immunity? 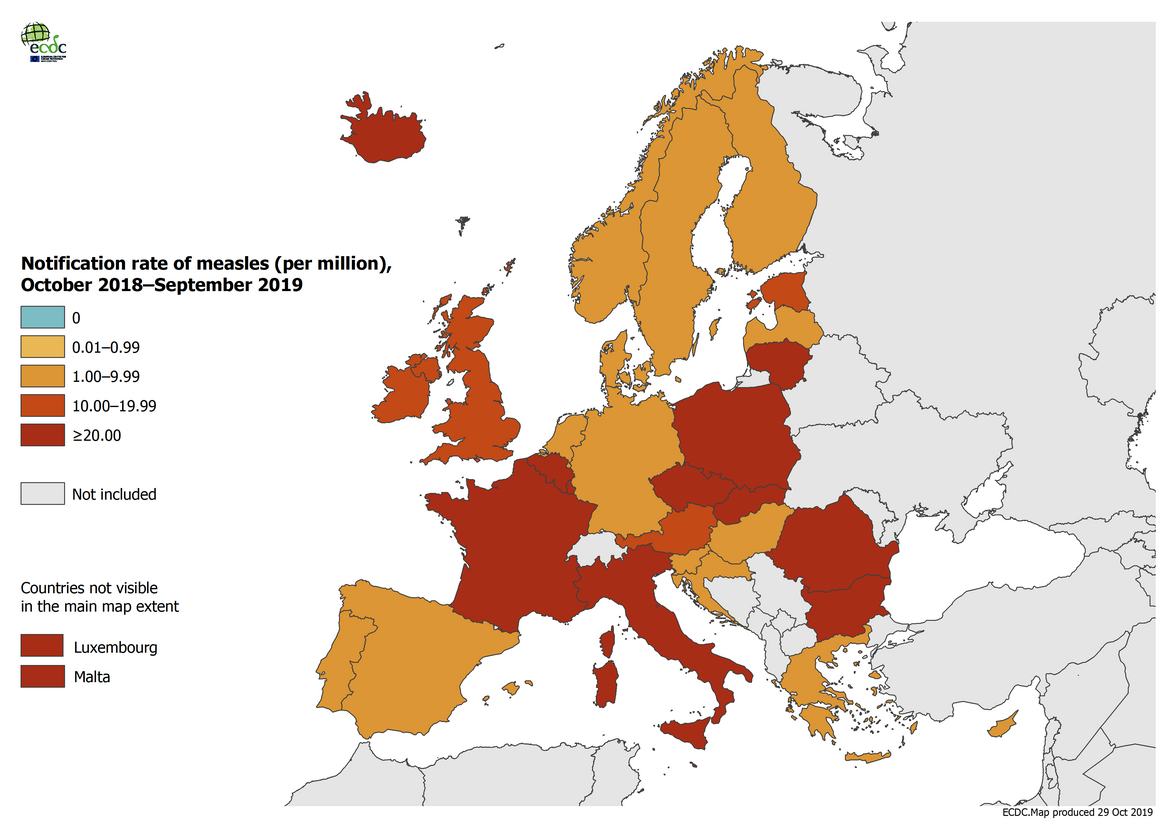