New #VaccinesWork – most of the time

‘Uptake of some highly effective vaccines is still too low to wipe out viruses such as measles and hepatitis A. How will new partially-effective vaccines against killer diseases affect perceptions of vaccines?’ 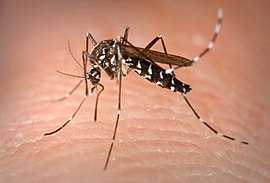 Do you want the good news first or the bad news?

You probably want to get the bad news out of the way but it suits me to ease you into this one.

So, fantastic news: immunologists have been making major strides in discovering vaccines against diseases once thought to be beyond their reach.

We are talking here about some of the deadliest diseases in the modern world; diseases such as malaria and dengue fever.

Let’s start with malaria. Around 200 million people are infected by malaria every year. Some survive, many do not. In fact, malaria kills 1,200 children per day.

In July, the first ever malaria vaccine was given the green light by European regulators, paving the way for it to be delivered to millions of people in developing countries. It will, without doubt, saves the lives of many of those who receive it.

More great news: the first dengue fever vaccine is on the horizon. Dengue, like malaria, is spread by mosquitoes and most prevalent in poor and middle-income countries.

Given the scale of problem, the vaccine cannot come quick enough.

Now for the other news.

The reason these new vaccines were so long in the making is that the bugs they target were particularly challenging to work with. So challenging, in fact, that it was often said that developing a vaccine was technically impossible.

But science persevered and found solutions. However, the solutions are imperfect. The malaria vaccine requires three additional doses and a subsequent booster shot – a major logistical issue in sub-Saharan Africa.

Without the booster, protection falls from 36% to around 28% in older children. In younger children, the success rates may be lower still.

This has commentators asking: how good is good enough to justify using a vaccine that often does not work.

The picture is better with dengue fever but still far from ideal. A large trial published in the New England Journal of Medicine in July shows the vaccine protected around two out of three pre-adolescent children – the most at-risk age group in countries where the disease in endemic.

Among children aged nine to 16 years, protection against severe dengue reached 93% and 80% of hospitalisations due to dengue fever were prevented. A pretty good result which, when scaled up to the millions who are in danger, has enormous potential.

But for younger kids the results were less encouraging and researchers are following this younger population to collect more data.

So what are we to make of all of this? And how will it affect the vaccines we currently have?

For a start, it’s worth noting that no vaccine is 100% effective. And, it is worth remembering that we accept some very low levels of effectiveness (often far below 50%) for some chemotherapies. How often have you heard someone say that their (or a loved one’s) cancer treatment isn’t working so the doctors are trying something else?

In a sense, the vaccines developed in the late 20th century were so effective that they have raised expectations for future vaccines.

But where is the cut-off point for effectiveness and does it depend on how prevalent – and how deadly – the diseases is?

If one quarter of the world’s 1,200 daily malaria deaths could be prevented, is that enough to justify vaccinating an entire population? Maybe it is. What about a 10% effective HIV vaccine? How about 5%?

These lower effectiveness rates force us to face up to some awkward questions. And, if the era of low-hanging fruit is over for vaccine research, they are questions that will come back time and again.

Another big question is how all of this affects public perceptions of vaccination generally. As is well documented here and elsewhere, too few people have safe and effective vaccines against diseases such as measles, rubella and pertussis.

The vast majority of children have all of their vaccines on time every time. But some do not, allowing these diseases to remain in circulation.

What if backpackers get the malaria vaccine and come home infected nonetheless?

Will the general public make a distinction between established routine immunisations and a new generation of less effective – but still valuable – vaccines?